Many journalists seem to believe the iPad is the future of computing.
If that’s the case, remains to be seen. But if it does succeed, then
be prepared to give up something you enjoy on PC’s today: Freedom.

Back in 1984, when Apple introduced its first Macintosh computer, it aired a controversal commercial which was based on George Orwell’s novell 1984. The commercial shows an army of mindless followers that are conforming to the will of Big Brother (representing IBM). Everyone in the commercial looks and behaves the same, illustrating the lack of choice and creativity. 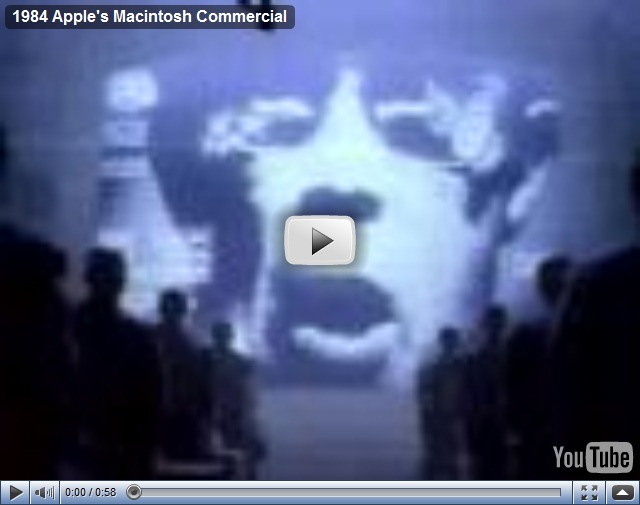 Conformity is the norm

According to Lee Clow, the creator of the 1984 commercial, the original concept was to show the fight for the control of computer technology as a struggle of the few against the many. The ad was to showcase the Mac as a tool for combating conformity and asserting originality.

The roles seem reversed now. Apple’s main objective today is to control the mobile computer technology and its future direction.
And instead of fighting conformity, Apple has made conformity the norm. The iPhones and iPads you buy today are full of limitations. Apple blocks any software that directly competes with their strategic apps and iTunes is the only way to sync data with your PC.

The battle for the next generation applications

The iPad is marketed as “the best way to experience the web” but in reality, it offers a crippled internet experience at best. Technologies such as Adobe Flash, Adobe Air, Silverlight, .NET, Java or JavaFX are not supported on the iPad. Therefore many websites will not be rendered in their full glory. In order to fix this, website builders have to conform to Apple’s policy and stop using these mainstream technologies.

To the outside world, Steve Jobs tries to justify this lack of support by using bold one-liners. When asked about Java, he responded: "Java's not worth building in. Nobody uses Java anymore. It's this big heavyweight ball and chain”. He’s even more negative about Flash. In conversations with the Wall Street Journal, Jobs referred to Flash as a CPU hog, a source of security holes and a "dying technology” that would decrease the iPad's battery performance from 10 hours to a 1.5 hours”. Those claims however are not backed up by facts. A well built Flash implementation that uses hardware acceleration will not occupy the CPU or drain the battery any more than a comparable HTML5 solution, and Adobe showed this by running a Flash video on a Google Android phone.

The AppStore as “the next generation internet”

The real reason why Apple blocks Flash? It offers a development framework that 3rd parties can use to write “cross platform” applications. With this, developers could surpass the Apple AppStore and that is not in Apple’s best interest. Apple therefore rejects any competing developmen frameworks by using the tight control they have over their hardware, operating system and AppStore.
Users and developers just need to conform...

In my opinion, “The Internet” is Apple's biggest competitor. The whole anarchistic nature of the internet is the total opposite of the tightly controlled model that Apple is going after. iPad users are not even allowed download and run apps from the web. Instead, you have to check if the app exists in the AppStore and install it from there. Basically, Apple wants to turn the internet into a big information repository and with the AppStore apps as the “front-end” to that.

Many iPhone users already use the web this way. They use the Facebook app, the Foursquare, Google, Netflix or Youtube app, without ever going to their websites. The relevancy of internet decreases while the relevancy of the AppStore increases. Why bother to start Safari and surf the web when you can pick from 170.000+ apps to get the job done? The process is also fully controlled by Apple, including the censorship of content. Political, obscene, pornographic or offensive material is rejected by Apple because it doesn’t allow 3rd party applications to offend Apple's "reasonable sensibilities”. What that means is not specified anywhere. Decisions to eliminate applications from the AppStore can even be taken months after the application has been approved. 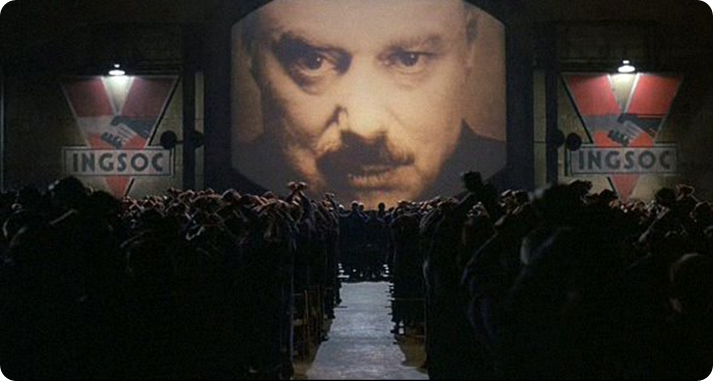 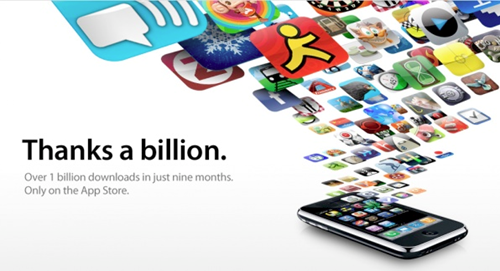 170.000 apps seems like plenty of choice and lots of freedom but in reality the Apple model seriously blocks innovation and the freedom to create content. From a software perspective, Apple has the ability to block any software that competes directly with Apple’s products. From a content perspective, it can block any content it just doesn’t like. As a user you may not realize that each app you are using on your iPad has been carefully reviewed and approved by Apple to ensure that it plays by their rules and conforms to their norms so that you stay within the Apple walled garden.

Steve Jobs himself said it best in 1984: “Dealers initially welcoming IBM with open arms now fear an IBM-dominated and -controlled future. They are increasingly turning back to Apple as the only force that can ensure their future freedom.”

It has been 26 years since this quote and Apple just launched the iPad. An extremely sleek piece of hardware with beautiful software and the ease of operating the entire device with only your finger. I am not pretending that I don’t like Apple’s iPhone or iPad. I  admire its design, enjoy the usability and am amazed by all the apps. But all this “iPad bling” masks the fact that it’s 1984 all over again.

The information in this weblog is provided "AS IS" with no warranties, and confers no rights. This weblog does not represent the thoughts, intentions, plans or strategies of my employer. It is solely my opinion.
on april 08, 2010